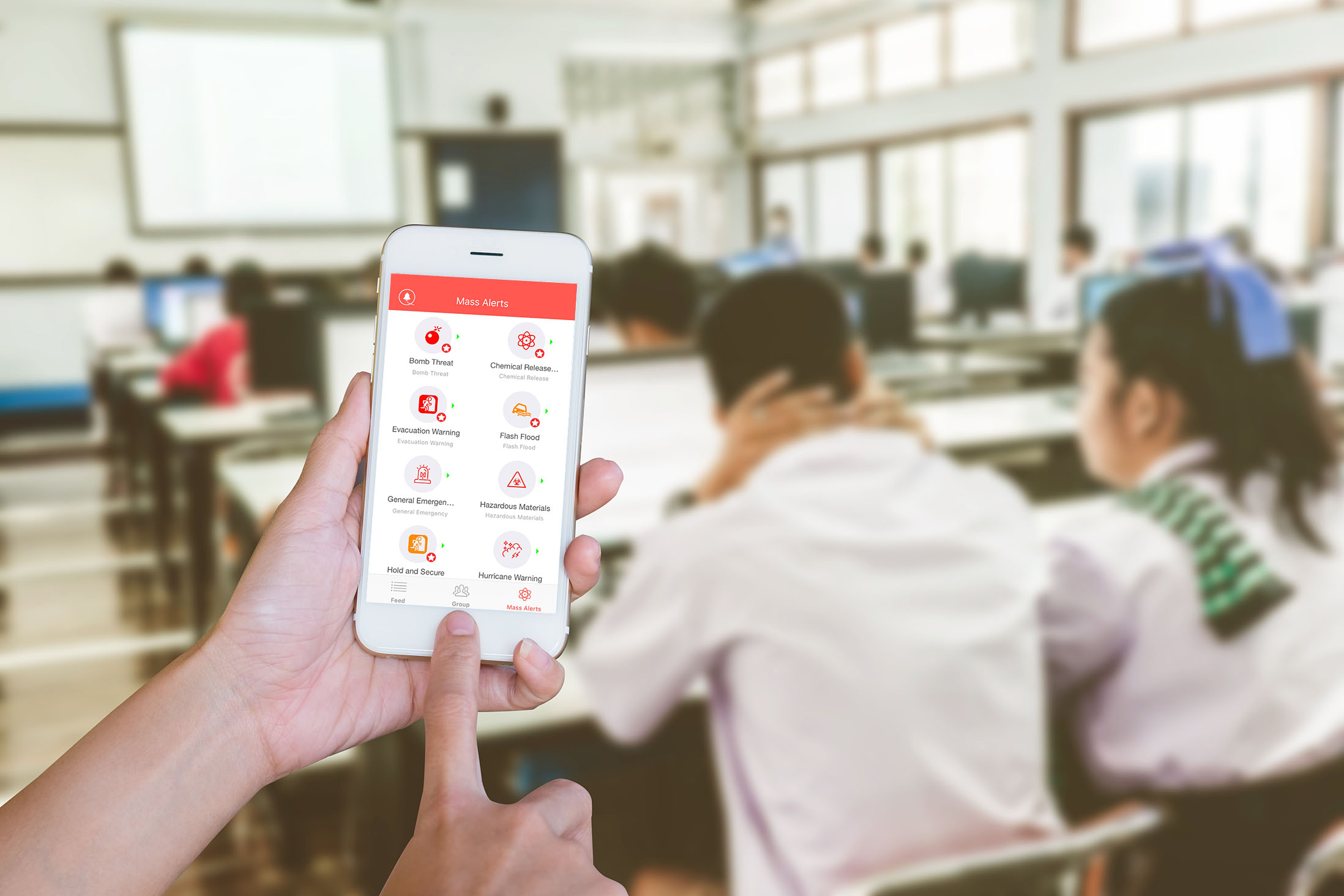 In the wake of the Parkland shooting in 2018, a number of ideas were floated about as to what to do with school shootings — how to protect students and teachers during such dangerous emergencies. One of the ideas presented was to arm teachers with weapons. As you might expect, the idea was roundly received with conflicting responses.

Ironically, I believe that arming teachers is exactly the right answer … but the weapon we should arm them with is smart mobile technology.

Let’s look back for a moment, some thirty-plus years ago. The world changed for us in the late twentieth century with the advent of a new type of telephone — one without a wire — that we could carry anywhere.

Except for our schools.

Think about it — in your personal life, this increasingly powerful device does darn near everything.

It notifies you of important ‘changes’ in your environment — changes such as bank balance notifications, new pictures available from a friend, weather warnings and updates, when someone is ringing your doorbell while you are away. It plays your music, it plays your movies, it streams your events, it takes your photos, it creates and shares videos, it maps out routes of travel, it buys your movie tickets, your concert tickets, it makes reservations at restaurants, it makes call-ride reservations, it moves money from one account to another…

But in schools, particularly when it comes to safety . . . the experience at schools is sorely lacking in innovations such as these, when that is precisely the place that needs it the most. We need to correct this, and quickly.

If a mobile phone can allow a son or daughter who has a flat tire across the city to alert a parent of the situation, and their exact location . . . then that same mobile phone should also be able to allow a school’s bus driver to alert the school when a bus breaks down with students on board, complete with GPS location and a visual confirmation that the students are all safe. And it can do this — today — if schools desire.

If a mobile phone can notify me when an amber alert has occurred somewhere in my city . . . then that mobile phone should also be able to alert a teacher if something dangerous is happening on their campus. And this, too, can be done easily today.

If a teenager can use a mobile phone to ‘check in’ with one touch, to alert hundreds of friends that she is walking into a movie theatre, then a teacher should be able to — with one touch — alert hundreds of people on a campus if something dangerous is occurring. This is done every single day in other industries. Schools can do it also.

If a mobile phone can show an employee at work who is ringing the doorbell at home, or who might have taken a package from the doorstep . . . then that mobile phone should also be able to show a teacher huddled in lockdown with students what is happening in the hallways outside. This too, can be easily accomplished today.

With one touch of an icon, we as consumers can do so much — to have fun, to perform tasks, to protect ourselves — and this mindset needs to be adopted in our schools, as it has in so many other industries.

One touch can do a lot. But we have to start thinking differently in our schools. We have to start having the same expectation of accurate and simplified communication in schools, as we do at home, or in social settings. Because the technology to do revolutionary things to create safer schools is here — today — waiting for adoption.

This is going to require a mindset change for many of our schools. Many school administrators I speak with are wary of asking their teachers and parents to download a simple mobile client . . . when those same teachers and parents go home and download similar clients from their banks, their churches, their closest movie theaters, their favorite television stations, their favorite retail stores . . . and literally millions of games they play.

Yes, we need to arm our teachers with this technology — and fast. We can help make schools a lot safer, a lot easier to work with, and a little more fun. And the time to do so is now, when we are raising a generation of lockdown-students who are amazingly proficient with mobile technologies . . . and are depending upon their schools to be also.