As much as we try, we cannot legislate morality, or safety. But we can use technology to identify potential situations — and act before they occur. And that begins with communicating new possibilities to the schools — which is the purpose of Quickert. 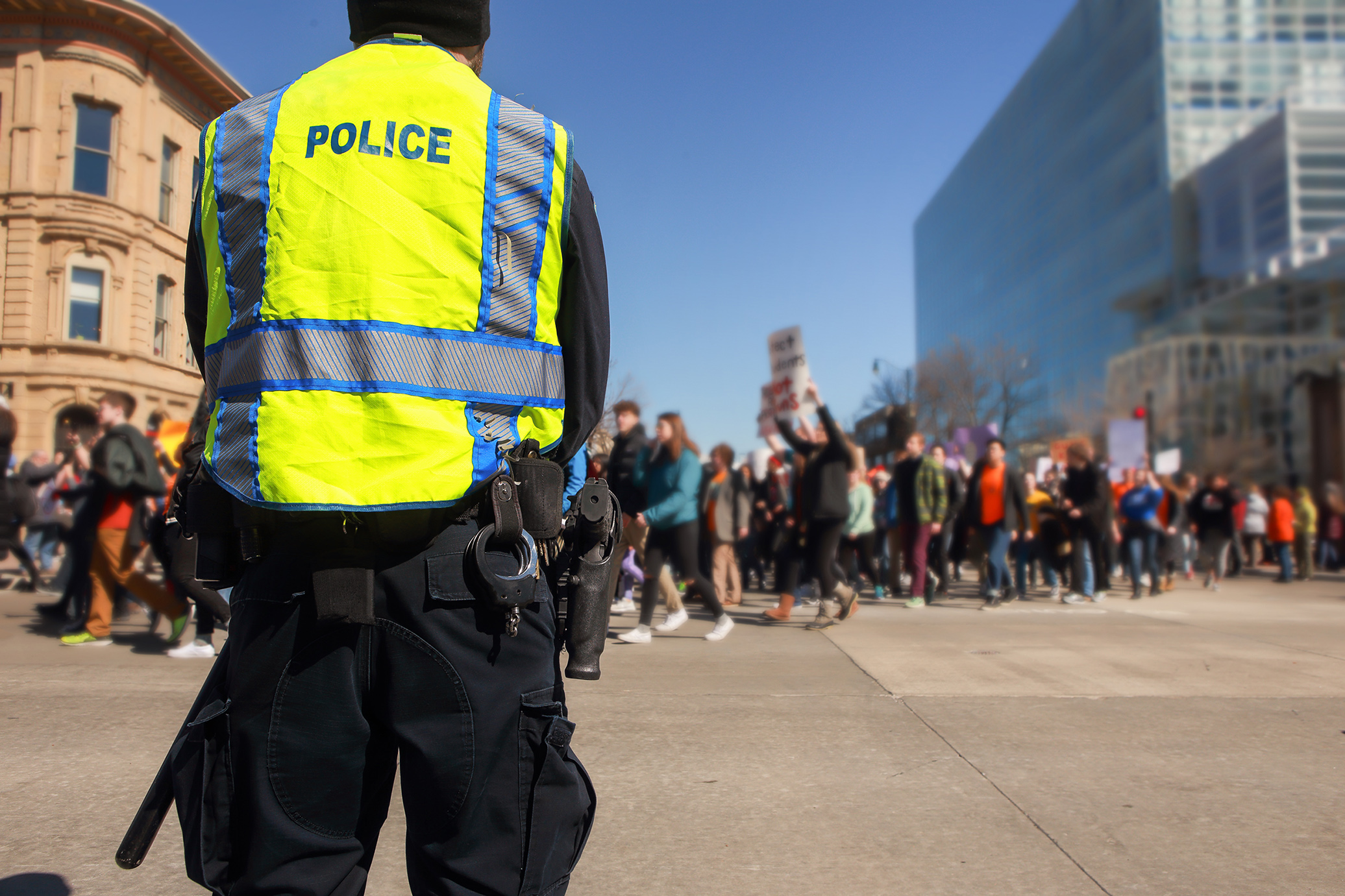 There is another — a better — option.

Instead of deploying individual, single-point technologies that do one thing — make an announcement, detect a fire, detect motion, send out alerts — what if we, as technologists, can do what we do best — innovate — and create something smarter, something more intelligent.

Think about it — we continue to provide schools with technologies from twenty and sometimes thirty years ago to solve the problems of today. What we need to do is re-imagine how to solve these challenges because the problems we face today, we didn’t even imagine could exist twenty years ago!

Here is an example: A student walks into a school carrying a rifle bag. He unzips the bag and retrieves an assault rifle. Tossing the bag over his shoulder, the would-be shooter walks down the hallway, looking for targets.

On the surface, this sounds outlandish. It is not. Unfortunately, this is pretty much what happened in the Parkland, Florida shooting from 2018, and others. The point is this: Surveillance cameras picked up the shooter and followed the shooter. We know exactly what happened because of those cameras.

The problem with surveillance is you need a bank of human resources watching the feeds. If you have one or two feeds, this isn’t difficult. If you have fifty feeds in a decent-sized school . . . well, now you have a problem. And you are left watching a video feed of destruction that has already occurred, wondering how things could have been different had you only known sooner.

But what if we could use technology to identify a potential shooter who is carrying a gun — without human intervention — and notify the right people on the campus (and perhaps even the local police) that someone has a gun at the school.

They haven’t used it. Yet.

They haven’t fired a single shot. Yet.

But before they fire a shot, the right people at the school know. Or perhaps the local police know as well. And these resources are on their way to try and head off a deadly situation.

That’s the challenge facing us in the technology industry. These are new problems schools face, and they demand a new mindset, a new approach. As much as we try, we cannot legislate morality, or safety. But we can use technology to identify potential situations — and act before they occur.

Here is a final point to remember. In schools, simplifying things is of paramount importance. Our experience has taught us that when something happens, we have two immediate responsibilities: Calm people down, and enable rapid, accurate communications.

The first element — calming people down — may sound obvious. Again, our experience has been that it is not so obvious, but hugely important. An institution relayed this to me just a few weeks ago. Back in November, they had a gas leak. So, they began to evacuate their campus. As he related the story to me, the summary was this: It didn’t go so smoothly.

Because we are human beings. And we can have all the fire drills, evacuation drills, weather drills we can think of. But, deep down, we know they are just drills. We know it is make-believe. However, when the real thing happens, emotions kick in. Adrenaline kicks in. The whole ‘calmly walk in a line, people smiling because they know it is only a drill’ thing goes out the window. In its place?

An emotional evacuation. The paces quicken. Perhaps running is involved. It gets chaotic. If there is a shooter, then there is screaming involved.

It reminds me of a situation I faced years ago. I was in college, returning to the college after Christmas break. I was on a commercial airliner, and twenty minutes after take-off, the cabin lost pressure. The plane began a rapid descent while the air masks popped down. Now — I can tell you this much — despite all of the pre-flight checks and flight attendants giving pre-take off instructions, the mood on that plane while everyone was sucking oxygen from those masks was far from calm. People were panicking. There was a little bit of screaming going on, to say the least.

So yes, calming people down is the first step once a situation has been identified. This means that people actually have to be able to hear the announcements — which means you’d better have a speaker system that is miles better than the crackling, aircraft pilot experience we typically have. And it also means that there should be some visual messaging involved as well. We want people to see and hear instructions, to keep things calm. And to improve the accuracy of communications.

These are things that often schools don’t think about. That’s why we ask them the questions. We want them to think ‘what if?’

This sounds simple. But it isn’t. Why?

As I speak with schools, and the leadership teams within those schools, one observation continues to surface. As we stated at the beginning, all too often, our leaders in schools are trying to solve a twenty-first century problem with a twentieth century mindset.

Using the mobile phones — and the ability to interrupt whatever is happening on that mobile device — are they keys. While auto-dials to parents is still used, particularly in rural areas — the key resources who are notified should be using their mobile phones, and apps on those phones, to see, hear and communicate what is happening.

Obviously, it is going to take more than technology to solve the challenge of school safety. But we can do a better job of using today’s technologies to predict problems, detect problems, notify the right resources, and help schools respond better when the unthinkable occurs. And that begins with communicating new possibilities to these schools — which is the purpose of Quickert.